In sociological research there are moments of chance and serendipity in which something happens that moves a project or one’s thinking into an unexpectedly fruitful direction. An event is witnessed, a phrase heard, a paper read, a person met. Suddenly an idea sparks into being or things are cast in a new light. Such moments of chance are in part a product of the messiness of research and of the way in which the world, so well-studied for so long, can still surprise us.

In the Morgan Centre we are quite fond of mess and disorderliness and we have been experimenting with different ways of knowing about the world that take more notice of its chaotic and surprising features. For the most part, however, sociological methods tend to emphasise orderliness. They pull things together, search out patterns, organize themes, categorise, classify and compare. You can see this in the design of qualitative and quantitative data analysis tools, for example, which often embed certain frameworks for coding, interrogating and representing data that presume a certain sense of structure and hierarchy. Our published findings also adhere to certain conventions, sometimes borrowed from the natural sciences, so that most journal articles are much the same, at least in terms of presentation of the argument and the data.

When Lynne Chapman, resident artist in the Morgan Centre, first began workshops with us she immediately set about trying to change our relationship to order, patterns and structure. She encouraged us to ‘let go’, take a chance and see what happened when we played with the paints, pens and pencils we had newly acquired. This was difficult for me, since I am not a natural artist and being bad at things is an uncomfortable feeling for most people. When I put pen to paper what I draw does not look like the thing I can see in front of me. Hence, my first forays with the freedom of the blank page produced rather uninspiring results.

But Lynne’s enthusiasm has been unfaltering and we have engaged in a range of different activities designed to make us comfortable with the fact that our representations do not look like the real thing. One example was the use of ‘wrong-hand portraits’ which forced us to abandon any hope of making a realistic representation of our subjects.

Eventually this started to have an effect on how I approached painting and sketching and I believe that I am starting to understand a bit more about how an artist like Lynne might observe the world and how they combine skill and serendipity in their engagements with it and representations of it. Sploshing paint about, drawing without looking, combining paint and pen and pencil has ‘freed up my hand’ as Lynne might put it.

The results are much improved. Of course, this is partly due to practise. But it is also due to letting go of certain constraints I had placed on myself as a novice. By learning how to make use of the limited skills that I am developing in combination with the chance afforded by the materials I am using, I have begun to feel unburdened by realism. I’m also trying to steal some of Lynne’s techniques of annotating sketches, using certain pens and pencils, and sketching quickly to try to capture some of the movement in everyday life.

Intellectually, this embrace of chance and serendipity is familiar and reminds me that an important feature of creative methods in sociology is that they are more adept at picking up some of the multi-layered nature of social reality than are standard survey techniques or semi-structured interviews. They too can capture some of the movement of everyday life, the way it doesn’t fit within boundaries, colours outside the lines, and yet holds shape, has some order and consistency. 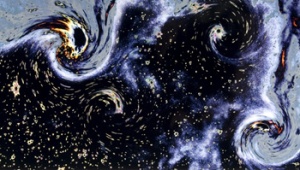 I recently co-chaired (with Brigitte Nerlich and Annamaria Carusi) an ESF conference on visualisation, hosted by the University of Linköping but actually held in Norrköping, Sweden. It went swimmingly, with a variety of interesting and instructive presentations and posters, from philosophers, sociologists, anthropologists, nanoscientists, astronomers, clinicians, modellers and academics from a variety of other disciplinary backgrounds. We also had contributions from artists and designers, who provided an enlightening and importantly different take on the way in which representations of/in science are produced, circulated and used.

You can see the final programme here: http://www.esf.org/index.php?id=9613

There were too many participants to name them all, and I don’t think I could really choose the ‘best’ as it were. But here are some of the themes that we addressed over the course of the week.

Overall, it was fascinating and there was a lot of will to continue our interactions in the future. We’re hoping to set-up a visualisation and science wiki, and I’ll post on that in the future. In the meantime, we have an email list and if anyone would like to be added to it, then do let me know.