Young people have voted for an end to post-truth politics. To do them justice we must now bring about a broader, cross-party commitment to a more authentic political discussion. 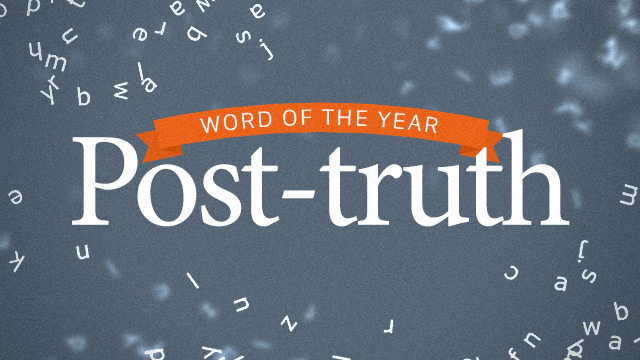 In 2016 Oxford Dictionaries selected their annual ‘Word of the Year’ for the way in which it captured the ethos, mood, and preoccupations of those 365 days. The word was ‘post-truth.’  It was the year in which the obvious lies told by the Leave and (to a lesser extent) the Remain campaigns resulted in a narrow win for a Brexit that was never supposed to happen. This was followed swiftly by Trump’s unprecedented though marginal election on a platform of utter bullshit and recalcitrant nationalism. The result of these events was a significant increase in usage of the term post-truth (by over 2000% in 2016 compared to 2015) and a deluge of journalists’ reflections on the status of politics and of their profession.

In making their selection, the OD team explained the significance of the ‘post’ in post-truth:

The compound word post-truth exemplifies an expansion in the meaning of the prefix post- that has become increasingly prominent in recent years. Rather than simply referring to the time after a specified situation or event – as in post-war or post-match – the prefix in post-truth has a meaning more like ‘belonging to a time in which the specified concept has become unimportant or irrelevant’.

To many it seemed that truth had become irrelevant only recently. They argued for a renewed commitment to facts and a return to some kind of political sphere which it seemed we had lost. However, the monsters of post-truth were not newly arrived at our doors, but had been living amongst us for some time. The key themes of post-truth society seemed to be an increased emphasis on emotion over reason in politics, a decreased importance and often outright suspicion of technocracy, and the banalization of bullshit. However, these were not new phenomena but rather new emphases in long-standing patterns, which were – by most commentators – badly articulated or completely ignored.

For example, emotion has long been important in politics. What I feel was the real problem with the emotions that have been characterized as post-truth feeling is that they were the wrong sort of emotions: fear, anger, hatred and selfishness. The journalists, scientists and other professionals who called-out the media and politicians for their post-truth practices were not so much troubled by the new entrance of feeling into politics – though they often claimed to be shocked by its rise – but rather by the forms which it took and how it had been deliberately channeled by parties and people that should know better. It smacked of fascism and we were rightly troubled by it. Emotion, then, was not the problem, but rather how it was being used.

Second, the suspicion of experts and technocracy has been long-coming. It was at the heart of campaigns against Europe in the first referendum (in which we voted to join the EU) and in all the subsequent scaremongering by the right-wing press and far-right political groups: think curvy bananas and Brussels bureaucrats. Powerfully manipulated by the Mail, Sun and so on in the run-up to Brexit, and then embodied by Hilary Clinton, it was no surprise that technocratic expertise played a starring role in these startling events. It was bewildering to those who were the very subjects of the criticism, for they could not recognize in themselves the claims being made about them.

And this leads to the third issue: lies, spin and bullshit, and the differences between each of these terms. Whereas lies involve the hiding of a truth and the production of a deliberate falsehood, bullshit, best characterized by the endless, stinking output of Trump, is actually a complete disinterest in truth. Spin is also concerned with the truth, either in softening hard and inconvenient truths or in elevating irrelevant truths. At its worse, spin turns into bullshit. Whereas liars and spinners often know the truth (or at least what they think is true) bullshitters care only that what they’re saying serves their present purposes, regardless of whether it is true or not, and do not care to know the facts. Spin and lying has been around in politics for quite some time, and bullshit has been quietly on the rise. What we’ve seen probably is a rapid increase in the amount of bullshit in politics and the media, but more importantly, we have seen the bullshit – if you forgive the imagery – swallowed. This is because the rise of post-truth has coincided with a yearning for authenticity. In the realm of politics and the media in which every truth is spun and lies are told so frequently that no one can be trusted, what people had found in Trump was a feeling of honesty often in the face of factual incorrectness. The expert bullshitter performs truthfulness in its complete absence and so Trump was well-placed to take advantage of a growing resentment of the features of post-truth society. He was not the cause of post-truth, merely a result of it.

So what I think made ‘post-truth’ such a popular term in 2016 was not the sudden emergence of a distinctly modern phenomenon nor its accuracy of description but rather the implicit feeling that something needed to be done about the causes of a pattern of events which had defied expectations. It was not so much that the problems were new, but that they had been exacerbated and their effects had become wildly unpredictable. It was this latter issue that was most intolerable. 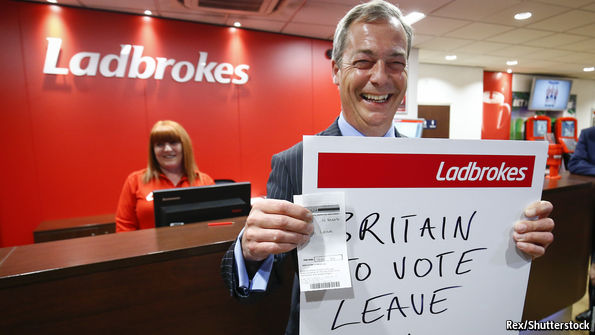 In some regards, Corbyn’s significant gains in seats and percentage share of the vote in this week’s election marks a continuation of the pattern. It was widely predicted to go the other way, for Theresa May had called an election at the peak of her polling popularity under the assumption – and near promise – of a landslide. So the loss of seats and majority thus went against expectations of political experts, upended journalistic speculation and challenged the designs of our corporate masters in the media conglomerates.

But more profound than its fit with this sequence of events was its anomalousness: Corbyn’s campaign was a direct assault on the politics of post-truth society. Here is a man who failed to speak in soundbites, refused to engage in fearmongering, challenged the media at every turn rather than spin things for them, spoke authentically about his beliefs and ran a campaign that was in line with those ideals rather than electoral dogma. He did not win the election but he won the battle for truth and authenticity.

As the expert analysis begins it is clear that a key part of his success has been to animate the youngest generation of voters and – more importantly – get them to turn-out and vote on the day. Tireless work from others in the party, campaigners and volunteers has galvanised the young vote and – dare I say it – begun the transformation of social media from a bubble which only exacerbated post-truth politics into the beginnings of what could be a long-term, politically-aspirational social movement. 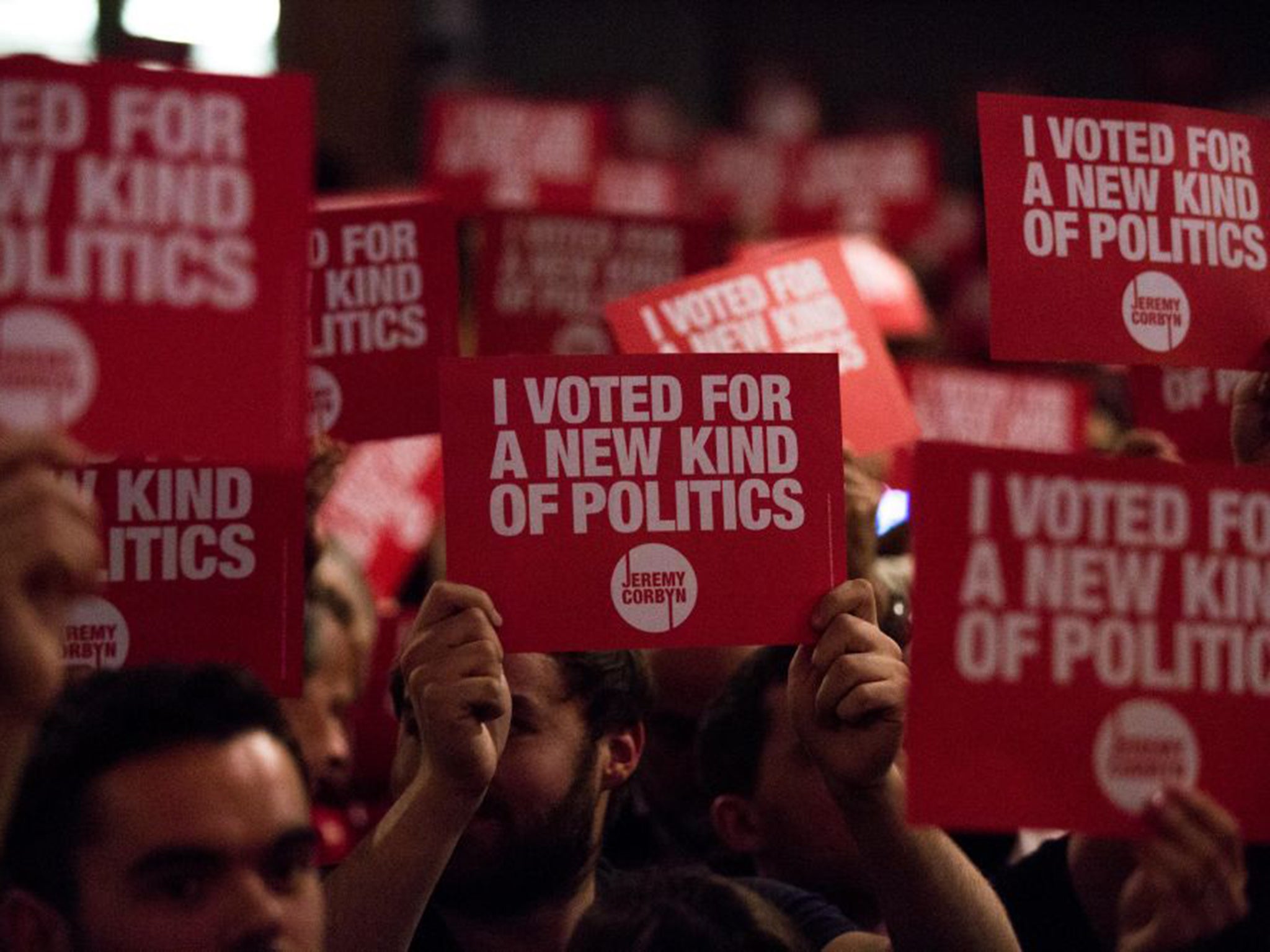 Young people voted for policies which offered hope against austerity, against the crippling effects of an economy skewed towards a wealthy elite who caused (and then ignored) the problems they promised to fix. But they also voted for a new kind of politics. The prefix of ‘post-truth’ might lead some to claim that we are witnessing a return to truth, for this is the commitment that most scientists and political experts have called for. But there is not a truthful politics to which we can return. What we need is a new way of conducting political discussion, of reporting on news and of holding the press to account, and of getting people to vote for policies and principles, not pandering and propaganda. Young people have voted for an end to post-truth politics, we must now bring about a broader, cross-party commitment to a more authentic political discussion that embraces something new, and does not fall for the false hope of a return to something which we never had. Hope has been a deciding factor but let us hope for the future and not for the false comfort of an unsalvageable past.